Happy Birthday to My Unfocused Girl!

Some pictures of my tough, determined, brilliant, serious, silly, buttkicking not-so-little girl from the past year:

First day with the bo staff in traditional weapons class. 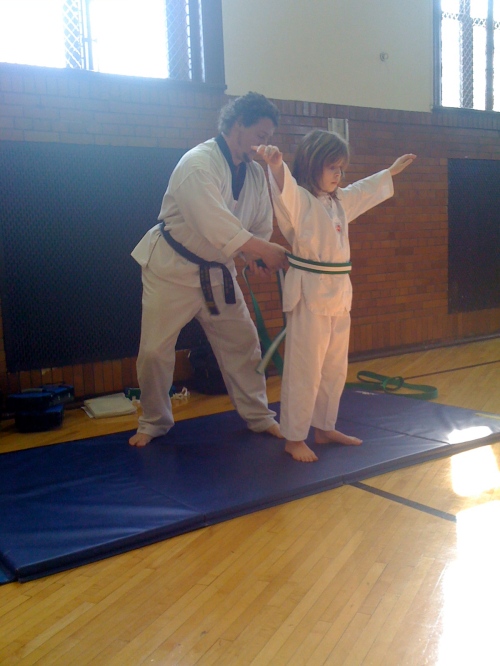 Getting her high green belt in taekwondo. 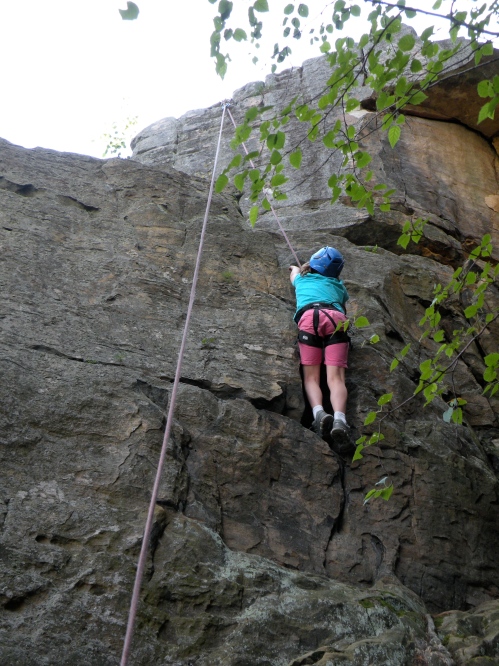 Rock climbing in the Dells on Father's Day. 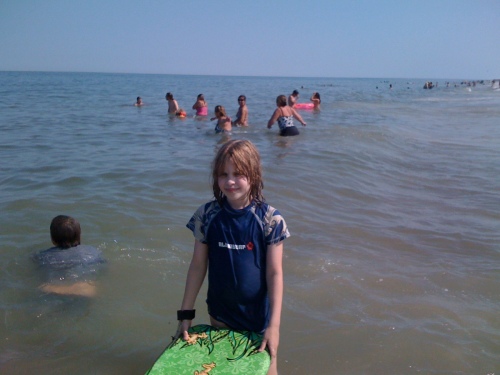 Getting ready to boogie board at the beach.

At the Renaissance Faire.

School picnic at the beginning of 4th grade.

In full Ravenclaw gear, as we were leaving to see Harry Potter and the Deathly Hallows.

Happy birthday, honey. I’m sure it will be a terrific year.

So Much For That.

I just wrote a long, rambling post that WordPress.com ate when I hit Save Draft, a good reminder that I should compose these posts elsewhere and just paste them into the New Post window here at WordPress. I don’t have the energy to re-write it, and frankly, you’re better off without it. Here are the highlights:

– Politics: Mayor-elect Emanuel good. Recently-appointed incumbent alderman running for his first election bad, because he is the 5th consecutive member of his family to serve as alderman in this ward, a seat they’ve held for 80 years. He could raise the frakking dead and I’d vote against him. Although he’d probably still win, what with all the dead voters supporting him and his “raise the dead platform” – this is still Chicago. Since he can’t raise the dead — so far as we know — that’s purely hypothetical, but he’ll probably still win. In Chicago, reform only goes so far, but political dynasties go on for-freaking-ever.

– Health: The Boy has strep for the second time in a month. He threw up in the bathroom sink in the middle of washing up for bed, which was extra special. The Siren and I both have slight fevers and my throat is sore. Question for the reader: if the Siren and I wake up in the morning with full blown strep, who will help Unfocused Girl with her Inventors’ Fair project tomorrow?

– Unfocused Girl’s birthday: My first-born child turns 10 on Monday. Whatever it was I wrote probably didn’t amount to much more than this, only with fewer sweeping violins. I’ll post something specific on Monday.

That’s all I’ve got. I’m completely wiped out, so I’m just going to post this fast and then look at LOLcats until I can drag myself upstairs.