Time to Kick Ass and Post on My Blog.

And I’m all out of blog posty-stuff.

It’s been a busy few weeks. Here’s a quick rundown, the good and the bad:

Well, enough of that. We’re all in reasonable good health, I’ve started to get some more work done on Breezeway, despite having a busy time at work (I can’t recommend Merlin Mann’s recent post, “First, Care,” highly enough to assist you in getting off your personal stick, by the way). My running is off and on but I’m registered for the Shamrock Shuffle and getting ready for the start of the racing season in less than two months.

Unfocused Girl and I are testing for our high green belts in taekwondo next week, so today was board-breaking practice ahead of the test. Witness the Unfocused Family’s destructive might: 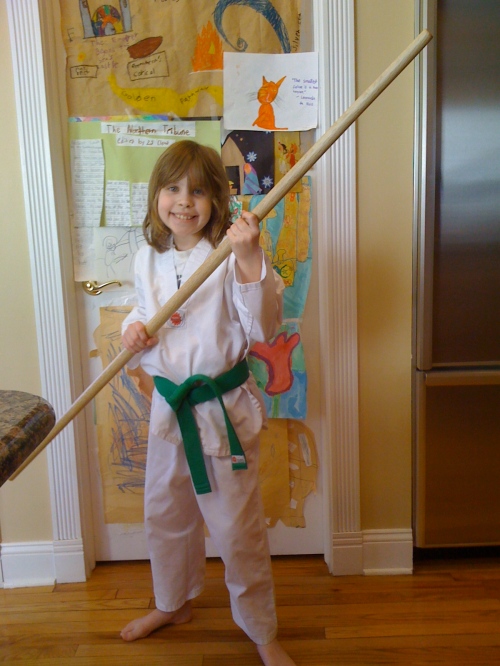 Don’t let the smile fool you — we Unfocuseds are totally badass.

2 responses to “Time to Kick Ass and Post on My Blog.”