Labor Day always feels so bittersweet, because it means the end of summer  but also the start of a new year. The official calendar, not to mention The Firm’s fiscal calendar, may start on January 1, but everybody knows the real start of the year is the first Monday in September.

Junior started kindergarten a week and a half ago. It’s hard to believe how much he stretched out so much over the summer; rides he was too short to go on in June were no problem when we went back to the boardwalk at the beach in August.  He’s hugely excited to be one of the big kids in his three-year mixed classroom, and he seems to be taking learning much more seriously than he has in the past.

Unfocused Girl starts third grade in the morning and is raring to go. There are only 11 kids in her homeroom this year, and only four of them (including UG) are girls, but she’s already friends with one of them so I expect it will be all right. I hope.

I spent a lot of my summer thinking about, worrying about, and finally working on The Chapter. I didn’t make any progress on my current novel-at-a-standstill, Project Hometown, or any other fiction project. I did, however, have several good ideas for other novels or short stories, which I managed to capture either in Evernote (my new outboard brain) or my Moleskine notebook.  When I found myself at loose ends this weekend, between the completion of The Chapter and canceling most of our plans for the weekend because Unfocused Girl had a fever, I was able to pick up one of the short story ideas and start right in on it. Writing fiction again felt a little like pulling on your favorite sweater on the first cool day of fall and finding that it doesn’t fit quite the same way it did the previous winter; it takes a couple of hours to get used to it and for it to stretch a little, but pretty soon it’s just as comfortable as it ever was.  I’m 1,537 words into “It Takes a Village,” the story I started Saturday afternoon, and I’m looking forward to getting back to Project Hometown once I finish the first draft.

I knocked out a pleasant 10 mile run yesterday in 1:31:49, too. The Chicago Half Marathon is next Sunday, and while I’m hoping for a finish around 1:45, I’m not expecting much. I plan to run just to enjoy it, and treat it like a training run for the races I’m running in October.

I’m feeling optimistic, just like at the start of a new school year. I wish I had a new Trapper Keeper as cool as Unfocused Girl’s, though: 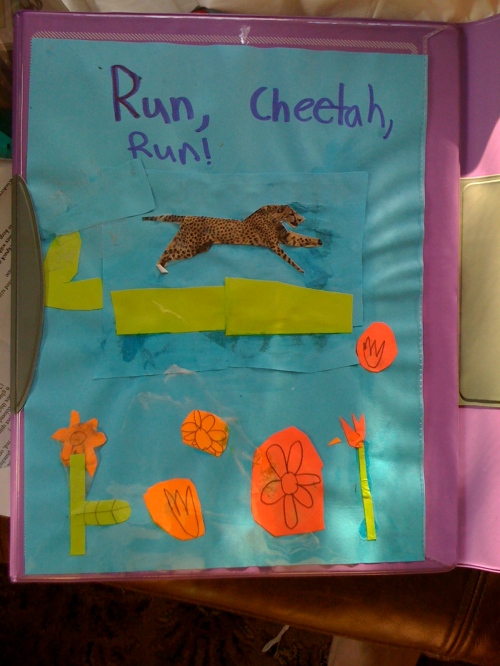